Okay, but seriously, back when Nintendo announced that they were developing a new Animal Crossing game in 2018 I just knew this was coming. I have always played on my partners’ switch and never owned my own with the explanation of “I’m not buying a switch until the Animal Crossing edition comes out.” People said I was mad. They said it would never happen. Even at the beginning of this year when pre-orders for the game came out, I waited because I had so much hope, despite being told: “there’s no way – it would have already been announced if there was one!”

Well, look who was right!

This switch is everything I was hoping it would be. The pastel colours are beautiful and emanate the relaxing vibes that New Horizons will undoubtedly bring. Just LOOK at those joycons!

The Switch has a New Horizons design printed on the back which shows gentle waves, icons from the game, as well as characters. The silhouettes are really tasteful and not overbearing, obviously sticking to the minimalist theme that the console has going for it (which I very much appreciate). An ‘Aloha’ carrying case is also being released for both the normal Switch and the Switch Lite. It’s pretty nice but I think I’ll need to find a carrying case that can also handle all of my Animal Crossing amiibo cards that I hope we’ll be able to use in the game! 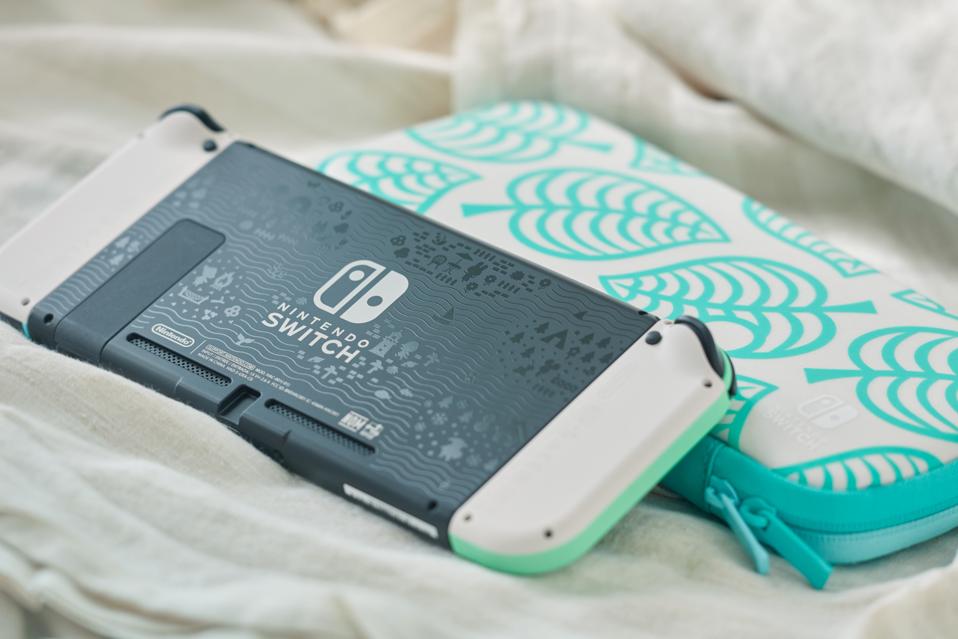 The Nintendo Switch Animal Crossing: New Horizons Edition is available for pre-ordering at a price of £319.99 and does not feature any extra pre-order bonuses or accessories. Let me know in the comments if you are as excited as I am and if you plan on getting this edition!

I'm a B2B journalist for GlobalData. Here is where I write articles related to my hobbies and, in particular, video games. View all posts by Jessie